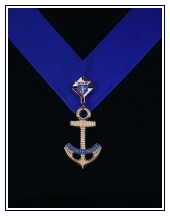 Grand Knight's Jewel of Office
The Installation of Fr. Diamond Council #6292 Officers for 2011-2012 followed by the installation of Columbiettes Officers will be held on:

Sorry. You are limited to emailing articles per day.